BOB MELTON has been actively involved in the entertainment industry for over 50 years as a singer, guitarist and songwriter. Bob's love for music began while he was just a toddler in McMinnville, Tennessee imitating Hank Williams after hearing him sing on The Grand Olde Opry on WSM radio. While growing up in Ft. Pierce, Florida, and singing and playing guitar with a popular south Florida band called The Sand Trippers, Bob made his first record in 1967 on the Paris Tower label. It was first prize in a Battle of the Bands sponsored by the record company and had moderate local success. This group has been written about in over the past few years in several books about music from the 60s including Surfing Florida, and Savage Lost. They are also included in websites about garage bands from the 60s. After opening shows for top 40 recording groups as well as playing clubs and bars in south Florida, Bob became a member of a local hard rock/blues band called The Circus. They were very popular for the brief time they were together and had the distinction of opening for The Allman Bothers playing with a band called The 31st Of February at the time at the Ft. Pierce National Guard Armory. When the VietNam war broke up the band, Bob moved to Los Angeles for several years and belonged to a few working groups there. While a member of Bothar, the group was featured in a Hallmark Hall of Fame movie titled Walk the Walk directed by Jack Zacha. The movie was filmed in and around Venice Beach, CA where Bob's band was the house band at the popular Beach Club on the pier at Venice Beach. The 1969 movie has now become a rare cult classic. After meeting, hanging out, writing, and jamming with many famous musicians around L.A., the smog got the bet of Bob and he faded into the hazy California sunset.

Upon returning to Florida in the early seventies, Bob played in several popular bands from Miami to Daytona. While playing in The Phoenix as the house band at Frankie & Johnnie's in Ft. Pierce in 1973, Gary Stewart became a member of the group before they moved their show to the Ft. Pierce Hotel lounge. Stewart left the group in 1974 to record with RCA and play piano with Charlie Pride. In early 1976 after Stewart's first three single releases were hit records, Bob's current band at the time, The Aberdeen Rockfish Railroad, was hired to back Gary for his own RCA road show.The ARR did a recording session with Gary at Bradley's Barn that included Weldon Myric on steel which yielded some now classic Stewart songs. They also sang backup on several of Gary's RCA records. Melton toured the USA coast to coast with Stewart for the next five years fronting the band, and playing guitar for the Gary Stewart Show. The group did shows with many famous acts (Willie Nelson, Conway Twitty, Asleep At The Wheel, Mel Tillis, Freddy Weller, Freddie Cannon, Tom T Hall, Freddie Hart, Dotsie, Narvel Felts, Helen Cornelius, and many more), and enjoyed playing many hit records with Stewart including Billboard Number One Hit, “She’s Actin’ Single, I’m Drinkin’ Doubles”, as well as more than 20 top ten records including “Drinkin’ Thing”, “Out Of Hand”, “Quits”, “Little Junior", "Your Place Or Mine", "Shady Streets", Whiskey Trip", and all the others from Stewart's most productive period of his career during the mid and late seventies into 1980.

When Stewart was seriously injured in an auto accident and was out of commission for quite a while, Bob moved to Nashville and went to work playing guitar for and writing with new RCA artist Dean Dillon. That went on until Bob married and had two sons. The new family moved to South Georgia from Nashville where Bob kept playing music as a part time job while he went into the dry cleaning business, then the auto business, and then the Real Estate business. Bob continued writing with Dean Dillon and in 1985 was a member of the writing staff for Larry Butler Music in Nashville, TN along with Dillon, Mickey Newbury, Larry Jon Wilson, Julie Didier, Bud McGuire, and several other talented writers. The company later became a part of CBS music. Melton had some moderate success writing with Dillon, who since has been inducted into the Songwriter’s Hall Of Fame, and was named an Industry Icon in 2013 by BMI. Bob also co-wrote two songs with Gary Stewart that were featured on two of his albums. One of those songs, "Honky Tonk Man" was also recorded by Lacy J Dalton and was on her first album. The song was co-written with Ron Coleman who played guitar with the Everly Brothers in their prime. I n addition to Lacy J. Dalton, Bob has had songs recorded by Gary Stewart, Jeff Dugan, Dean Dillon, Zach Van Arsdale, Marshall Downing, and others.

Before moving to The Villages, and then to Ocala, Bob played in a popular duet for over 25 years in Georgia called Kermit & Honest Bob, playing mostly around Statesboro, Athens, Atlanta, Macon, St. Simons, and Savannah for college venues and popular nightspots. Kermit & Bob still appear in Statesboro for special occassions.  In 1993, Bob released a CD recorded in Nashville, TN of his compositions for Georgia/South Florida Music Group. The CD was titled “Living In These Hard Times”. Two of the songs from the CD were named Demo Of The Day on WSM 650 radio in Nashville. The Song "Why Not Me" from that CD has gotten some good exposure on Sirius/XM radio on the Outlaw Country station. Kermit and Bob released a CD in 1995 called Drinkin Songs And Assortted Felonies, which is a rare collector item now if you can find it. Bob Also joined Kermit on a solo CD of songs written and sung by Kermit. Bob played all the electric guitar parts and sang some of the backup vocals. For all of his musical endeavors while living in Georgia, Bob was written about by Georgia governor Zell Miller in his 1996 book They Heard Georgia Singing.

Bob has also entertained as a solo act for many years, doing a varied mixture of his own originals, classic country, Texas country, classic rock, tropical rock, fifties and sixties hits, a little blues, a lot of coconut country including Jimmy Buffett, some reggae, some island music, and most any popular style.
Scroll to the bottom of the page for a video of a recent radio interview with Bob by Larry & Robin on Ocala Talk Radio. 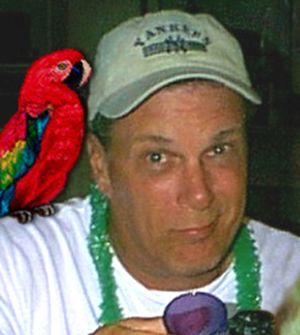